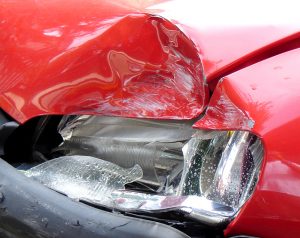 I officially only own a car now, one were sold recently. It still seems bizarre, since I passed my theory test, I’m now looking at a car for me to drive. I am juggling between a few ideas…

Update: I now own 2 cars again, Just bought another Car.

Buy an older car, perhaps a 2004-2007 plate, keep it for a year rack up the no claim bonus and experience. This will be a smaller car, and not as useful to lump my gym weights, kegs, logs and other stuff around. Once the year is up, I’ll have a year under my belt which reduces my insurance by approx 8%, the no claims discount will take approx 20% off, nearly cutting a third off my insurance.

I can then buy a more suitable car with the reduced insurance.

Buy an decentish car, perhaps a 2008-2011 plate, keep it for 2-3 yr, rack up multiple no claims and years of experience.  This will be a larger more practical car, able to move all that I need to move but not quite my ideal car.

I at this point, would be able to buy a lower trim/spec ideal car, with affordable insurance.

Buy the type of car I want, with a lower trim and slightly older registration to reign in the insurance.

I would need to bite the bullet on the insurance, VED and initial costs, but solves all my problems with the other plans. The numbers make it clear, this is a really really bad idea.

Current costings on an average run of the mill “dream region” vehicle, not allowing for price increases, inflation and blah, based on “fake” information entered into various comparison sites. So I basically set the years of experience, and pass date back 1 yr and increased NCB by 1 yr each step. The figures are levelled off between 2-3 comparison sites, but don’t allow for cashback or other incentives or my age increasing, which in retrospect I should have increased my age by 1 year as well.

I think I’m going to have to find a sub group 6-8 vehicle, which fits my absolute basic needs, which is a little like short term plan 2.0, perhaps a Honda Jazz, Toyota Yaris and at an absolute push Toyota Corolla or an older Gen 8 Civic perhaps, maybe even a Vauxhall Astra. I could make do with a VW Fox, but oddly not a Polo, shoulders are just too wide.

So I think I will have to bite the bullet on an older car for the year, and possible move on again.

What is amusing is, I can get insurance on a 1999 plate, 4 litre, Convertible Chevrolet Camero with a custom reg plate, for LESS than I can on a 1.6 litre Ford Focus, the minimum excess is £3,000 but still, how does that happen. A 4 Litre Red Convertible Sports car costs less than a bloody baby engined Focus ? Its actually cheaper to insure the Camero on a provisional than the Focus too.

Its also worth waiting about 3 months after you pass before you get a car. I took a quote on a 2010 Vauxhall Astra Active 1.4L, and assumed I had a provisional, passed that very day, and passed 62 days previous, and passed 125 days ago, and all assumed no named driver experience, and 0 NCB, here’s how it worked out…

All on the same car, the same is also true on various cars I tried. Once you go above insurance group 15 or below group 4, the differences are way smaller but still apply. But waiting a few months, could save you 8-17% off the top depending which car I tried.