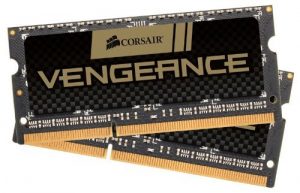 Since I bought myself a DS716+ for my birthday last week, I started looking into the 2gb of RAM it ships with and to be honest 2gb RAM to transcode full 4k video to multiple outputs while having video inputs from security cams as well is poor. I have long known the DS7xx series has upgradable ram as well as access to the DX213 (2 Bay) / DX513 (5 Bay) Disk eXpansion units to take it from 2 Bay all the way up to 7 bay. The latter isn’t something I’d do as its putting data through a bottle neck (eSATA I believe) but RAM Upgrades is one of the first things I do with everything.

The RAM Upgrade is on my list once I get around to buying hard drives for it, but more on that later. I seems as best I can tell, the chipset/processor can handle up to 8gb of ram. There is 1 removable ram slot, and Synology charge the earth for a Synology RAM Module, along the lines of Apple memory.

Upon further reading, it seems Crucial do a compatible memory module with the part number CT102464BF160B.

As far as I can tell the Crucial modules match up with the Corsair module, so before I go spending £36 on the 8gb Crucial module, I’m going to see if I can use the Corsair Module. I’ll also document the process in a little more detail as well when I get around to it and confirm if it works.

The Synology units don’t have the best fans or fan profiles, and get quite noisy, so an 80mm low noise fan is high on the list as I expect this particular unit will be loud as hell with the extra transcoding load.

So a few choices of fan, more about airflow, noise and then speed in the end. I’m not sure the case would hold a bigger fan or even an additional external fan, but then I maybe totally wrong and the original fan won’t be akin to a diesel engine.

I’ll also check into some rubber mounts and sound buffering if vibrations an issue too.

I have a few “archive” HGST 2tb Deskstar drives which were from my back server and set to Synology Hybrid Raid. They had nearly 4 years hard usage but no faults or anything. I normally keep 1 generation of old backup disk as a “archive” disaster recovery thing but for the sake of testing the RAM upgrade and also if I need better fans I may drag them out of retirement.

I was planning on trying Western Digital 8tb RED NAS Drives, I haven’t used a WD 3.5″ disk in god knows how long, and I think the last 320gb Scorpio Black I bought would be 5-6yrs ago for a laptop, and a 500gb Scorpio Blue for an external caddy would be maybe even longer. Although I did buy a Buffalo branded caddy when Netto closed down for £20 which had a Scorpio blue in it.

I’ll post a more detailed photo blog when I actually get around to installing the device, as well as detailed measurements for the fans and such.