Due to surgery and general life taking over, getting another car has been put on hold sadly, I’m still shopping but taking my time, if the right deal comes, I’m ready. However as I mentioned on my blog previously, I was added on to my mums insurance policy when I was learning to drive. I documented this process here for extra practice on the week or two before my test, but now her insurance is up for renewal, I said I’d find a deal. What I have found is nothing short of bizarro. 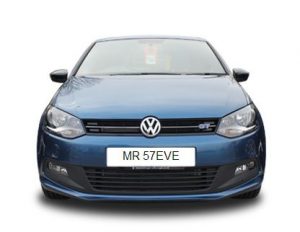 When my mother said she would add me after my car turned into a lemon, as a provisional driver it added around £40 to my mums insurance policy for 8-ish months of cover. When I passed my test I notified the insurance to reflect I had passed and it cost nothing extra for 7-ish months cover as a new driver. Seemed like a good deal from Aviva.

Aviva have increased the policy renewal quote with me as a named driver by £120 over last years policy. This is technically in-line with the average reported 18% raise for this year. However unlike most insurance companies Aviva maintain their quotes for 60 days. I did quotes at various times on the run up to renewal, these are approx £80, £59, £30 cheaper. The price appears to slowly increase the closer you get to your renewal date, the quotes at 80 days are a good £170 cheaper than renewal, at circa-60 days around £100 cheaper, now with a few days all the quotes are significantly over the renewal quote which was generated at 28 days before renewal.

An interesting quirk is, in the 80 and 59 days quotes, it was cheaper for my mothers insurance if I was a named driver than if she was on the policy alone. This quirk was all but gone by 30 days before renewal and the complete opposite by 20 days before. The quote from 59 days before, with me added is approx £90 cheaper than her current renewal, and the quote is still valid.

There are now some strange quirks which have presented themselves while getting quotes off everyone. The most unusual is when it comes to Black Box insurance, which my mum shouldn’t be eligible for. Least most companies who offer box policies exclude her due to age and time driving. This is slowly changing and blackbox policies will be available for everyone.

I called Aviva about this and got them to add the scores to the database for the renewal. I had to email them the proof of the scores. This resulted in the premium dropping like a rock, but more on that later. 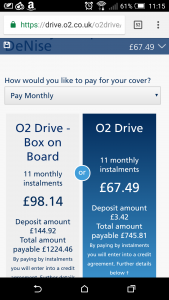 This is a stand out example, as an o2 customer I thought I’d try o2 Drive Insurance given the Tesco Clubcard Insurance Discount is quite good and o2 says they offer excellent deals to o2 Customers, which does indeed offer her a black box policy so the discount should be outstanding.

Initially I was told different insurers offer different quotes, I queried if o2 Drive was a comparison service and not an actual provider, which I was told to contact Customer Service they are an insurer and both policies are with o2 Drive.

I’m always cautious when companies don’t want to discus things in public as it usually means the rug is about have something swept under it. As it happened their quotes both monthly and annually was no where near the other quotes I had received. I also have no interest in a blackbox policy, so I have not bothered to follow this up with o2. However one would hope they fix this anomaly.

Aviva’s taking the Aviva Drive App score into account reduced the cost of the insurance renewal quote so half of their 7 day before renewal quote an a full 28% less than their 28 days renewal quote (on the letter).

The final price is actually less than the insurance for my mother alone in back in 2010, so its well worth doing the Aviva Drive App. Asda could learn a thing or two about roll backs. 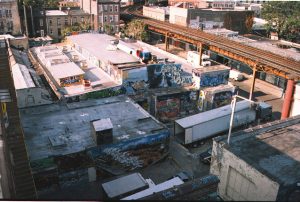 In the UK “Black Box” or “Telematics” devices are used as a way to reduce the cost of insurance for new or young drivers by tracking how they drive. Its hoped by having an “all-seeing-eye” watching how you break, corner and accelerate will make you a safer driver, and apparently its proven to improve the drivers skills. The Discounts are up to 38% and even 40%, when you consider the average new and young drivers insurance can be £2,000+, a 40% discount is substantial.

Its worth pointing out that the Telematics box won’t increase your premium for THIS year. It will reduce your discount / refund, when you drive or how you drive.

What Do Telematics Boxes Track 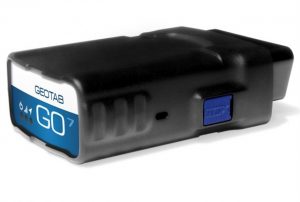 If you look at the list of what telematics box can track:

You can see there is quite a lot of information there, and many ways this can be interpreted and analysed.

Next Years Premiums Could Increase

Its fairly openly stated in the small print that it could (read as Will) affect your renewal or next years premium, and its sketchy if the data is shared with other insurance companies. More so even if shared within the same company for example Bell Insurance shares with its parent Admiral and sister Elephant for example.

Insurance companies have been trying to standardise the systems  data since 2014, so its coming soon that companies will share, less clear how UK data protection laws will see that.

What they don’t officially track is your geographical location, but I believe this data is logged, I mean they are using a GPS tracker, so your location must be tracked but its not used yet. My research tells me there are (currently) no plans to change that.

Some insurance companies in America are starting to use the Geographic location data in the calculation of your insurance premium, so if you routinely drive through down town Detroit at midnight where more than 1 person in every 2,000 people will end up dead in any given year, you can expect your insurance premium to rocket.

Same if you routinely park your car in the ghetto or rougher parts of town.

I’m not sure how Risky Location would be defined in the UK since we don’t really have “hoods” or “motor city” type things, but I’m guessing they will use the same data they use to assess your home risk factor.

If you live in a low crime area, with high value homes, your insurance is cheaper, than if you live in a high crime area with low cost homes, or overspill estates etc then your insurance costs more. Since this data already exists, I suspect they will use this same type of data to determine if you’re driving / parking in “rough” areas.

Its interesting times ahead as far as insurance goes, and its not the first time something altruistic has taken a more sinister turn.