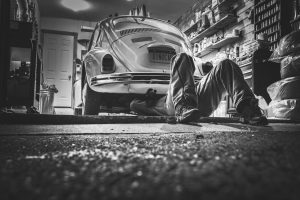 AutoData has released its annual Top 10 Serviced Cars of 2016 a few months back but I’m still working through my backlog. This really important information, it puts slant on used car buying and packs a punch. AutoData has access to about 67% of the auto workshops in the UK, and all which are using AutoData’s online services, so its a fairly comprehensive data set on the scale of things.

One of the things which screams good car, isn’t really about how many millions have been sold, how many you see on the road, or how long its been in production. Its when you see plenty of the on the road beyond 6 yrs old, when the warranty’s have run out AND they are worth spending on by having services and upkeep. No one regularly services a banger, its good money after bad.

I would say this dataset is bordering on definitive, the only larger dataset is the governments log of all registered cars, and perhaps the MOT log. I don’t believe these 2 potentially larger datasets would be more helpful. You MUST have an MOT, and it MUST be registered, but neither says its a good, reliable car or well looked after vehicle. However a voluntary willingness to spend, to service and maintain says the car is worth the effort and probably well looked after, hence being a better dataset for your car buying arsenal.

The bottom line is, when there are very few cars left on the road of a hugely popular (in its time) car, it usually means total nightmare or many faults. Without further ado, here is the list and later on in this post I’ll point out some examples of popular cars gone so very wrong.

It would have been nice if they had differentiated between iterations of Focus, 206 and others so you could get an idea of the mk or series, much like with the Astra mk H, Golf mk V, but beggars can’t be choosers.

My local independent garage swears blue by the 2008-2010 era Ford Focus, this is to the extent that he talked me out of buying a Hyundai i20 off him, and he didn’t even have a Focus to sell me. It would be interesting to see raw numbers like Ford Focus, total number, number of each year, number of each engine, but the dataset would be huge, useful as you could rule out problem engines, problem boxes etc but so very huge.

I thought it maybe interesting to include 2015’s Top 10 Drop Outs. I suspect in the Top 20 you would find some of the following, the Ford Fiesta, VW Polo, Honda Jazz, Honda Civic, Audi A4, Audi A3, Ford Mondeo, Merc A-Class, Nissan Qashqai, and maybe a Citroen C4 in there. A few of these dropped out of the top 10 since 2015, I didn’t think the Passat were that popular, I’m surprised the Fiesta Dropped out, its always hugely popular.

I am somewhat surprised none of the Japanese, Korean or other Eastern Marques made any sort of entry, I though the Kia C’eed, Honda Jazz, Honda Civic or Hyundai i20 would have made the list. Perhaps they don’t use AutoData at the marques dealerships.

As someone in the process of buying a(nother) car, I have been searching long and hard, and have paid the price for some mistakes, and this data tallys’ quite well with my own research so I’m sharing the data with you. Of course don’t take this as written in stone, but if you’re looking for a car in this class (small-medium car) then this data should hit the nail and give you a solid starting point. 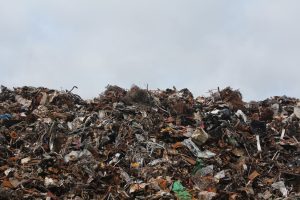 A few examples I have experienced first hand are like the early model Fiat Punto, they were like buses, two at a time everywhere you looked, the Canary Yellow were so popular, and it was horrid. Now you rarely ever see them on the road due to the diabolical electrical problems, they used to go up the road like a damn disco. The early Ford Escorts pretty much fell apart with rust, I remember the boot floor and rear wheel arch turning to thermite ingredients, the Capri were almost as bad.

The Aygo/C1/107, the early versions at least had a transmission made out of rubber bands, which literally died for a giggle. I’m not sure about the current models. I once saw a garage were buying them with a failed tranny for scrap, then fitting the uprated 190mm gearbox from the Toyota Yaris which isn’t made of rubber bands and reselling them as rock solid runner.

The Mercedes A-Class, the old 2002-ish Auto, the Gearbox ECU were a known fault. Due to the whacky way its set out you have to lift the whole engine out of the vehicle to get to the transmission. This means its silly expensive not only for the parts being a Merc but also in labour costs. While on gearboxes the more recent M32 Gearbox in lots of current cars means they are often resold at the first sign of slipping, then they are reconditioned by garages and sold out again.

Its always worth checking into known faults, check ebay and breakers to see how many of your car are for sale for parts or repairs, and figure just how bad the fault it. This is also a good indicator of parts availability too.

I have fired off an email to AutoData to see if they will A, reply to a small time blogger like myself and B, provide me with the top 20 for a few years so I can do a more inclusive plotting. I will ask for 3 to 5 yrs so I can build a better image, I’m also hoping they will give me actual numbers so I can attempt to place them in an all time top 10, least the ones with more than 1 year beyond top 20.

I will of course report back with any replies I get.