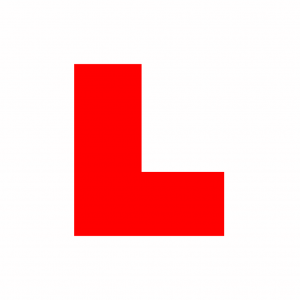 I posted about the consultation on changes to the driving test previously but the results from that little experiment are starting to filter down. Whilst some of the things I agree with, some of them I have major issues with.

As a learner driver now, my experience is very limited, too small to be statistically relevant. I will of course update this with a new post at a later point and reference this one once I have more input.

Change Is In The Air

There are a few major changes, some are good and some appear to be minor tweaks, and one is questionable at best.

The replacing the manoeuvres is a little eek, we already have the “Bay Park” which is reverse parking into a bay, on top of this they are planning on adding forward parking as well. I’m not sure this counts as real-life scenarios, but I guess its a start.

The using SatNav is a definite plus, and honestly its about time this were in there, so I guess on balance its ok.

One of the things suggested by Transport Minister Andrew Jones is actually really very good. He wants learner drivers to be able to take driving lessons on motorways before passing their driving test. Just when you think its getting good, it turns out these lessons will be voluntary. It would also be up to the driving instructor to determine when they learner driver is competent and safe to have motorway lessons.

Currently the only way to get motorway lessons is pay for them after you have passed your test or as some new drivers do by completing the also voluntary Pass Plus or similar scheme.

Its complete madness yet again by not making them mandatory. Sooner or later you MUST use the motorway so you should be trained to use them.

High speed driving is a very different animal, during my first 4 driving lessons I never went over 31mph, and 51mph were the fastest speed I went in the 8/9 professional lessons I have had.  I went up to the next major town to me in a relatives car, and theres a NSL Dual Carriageway. Steering at 70-72mph is VERY different than lower speeds. If you’ve never gone 50+, the odds of you turning too aggressively are so high, and flipping the vehicle becomes a reality if not cracking something.

I mentioned changing the manoeuvres earlier to add forward bay parking and parking on the right side of the road. This is all well and good but its hardly scratching the surface of what’s needed. If you drove like you are trained to, and what you MUST emulate to actually pass, you would be Schrodingers Handgrenade on the road. By that I mean at any given moment someone tests your status, and its BOOM time.

The only way you get away with it while learning is because of the L Plates, and the exceptions others make for you. Excluding White Van Man who either wants to claim whiplash off you, or is too high on paint fumes to realise how much danger they are causing. If ever there were an advert for dash cams it should just be a picture of a white van in your rear view mirror.

Round About Lane Discipline

Round Abouts No Left

This works amazingly well on multi-lane round abouts, but as soon as you have a single lane, which is wide enough for 2 or more vehicles such as this one. In this google maps image, you can see a few cars have parked at the bottom.

I drew in the white line to show its wide enough, there are no lines though. What are you supposed to do, is in blue. While I followed the blue line, another car came up and followed the red line. The brown splat is where the others Christmas tree air freshener became ineffective against the load in his pants.

There is an argument the other guy shouldn’t over-take on a round about, but there also an argument that sticking to the curb is nuts in such circumstances. A more defensive road position would have solved this potential collision. I can see the point of instilling lane discipline on round abouts, but single lane round abouts need some work. There are slightly different rules for mini roundabouts, laned roundabouts, and normal roundabouts, so why not for single lane vs multiple lane ?

Co-incidentally, the red line would be what is called “Straight lining The Round About”, it would fail your driving test, should a police officer be really kinky and enjoy the punishment of writing reports it can be an endorsable offence. While talking about this, Straightlining a mini round, as in driving over the hub, is a 3 point offence. Rule 188 prohibits it, but doesn’t expressly prohibit using a mini round about as a U-Turn location.

3 Point Turn vs Turn In The Road 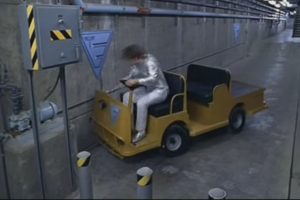 The 3 Point Turn has been renamed Turn In The Road some years ago, which is probably good, since its not always possible to do a 3 point. However as I understand it, you can still earn minor faults for doing more than 3 points. There are actually about 5 different ways to fail during a turn in the road manoeuvre.

If its a 3 point turn, then call it that. The name Turn In The Road implies that as long as your observation, control and technique are on the ball then 3 or 6 should still be acceptable. There also needs to be a point where you are performing a 10 point turn, and holding 200 cars up, that you simply accept if the curbs low enough, its safe to do you, you have to mount the curb as its safer to do that.

I ended up on a new build housing estate where they hadn’t quite finished the road, the madness they hadn’t even lowered the curbs for drive ways, it were double parked and a nightmare. I hadn’t been prepared for that kind of turn, trying to use standard techniques I would have hit another car, mounted the huge 9″ curbs, or something worse.

While reversing, you’re expected to look out your rear window for about half of your time going in reverse. I can’t see much of anything out of my rear window, so I had to literally take my eyes of the road, and look into space. I may as well have been checking my phone and texting for all it helped.

This needs to be updated, the technique for vehicles without a rear window needs to be taught and then the option given. I could see more by using my left, right, interior and checking my side (front and rear/blind spot) than I could in the rear, the rear window check made me feel like I were taking my eyes off the road.

The vehicles I have learned in have both had rear cameras, so the odd glance at that revealed a better rear view than any rear window glance ever could. While they are adding technology like SatNav usage, they should also include the usage of Parking Sensors and Rear View Camera’s. You should absolutely learn how park and reverse without using technology but you should also be taught how to use it too.

I could go on way more, but hopefully this update is just the start and other updates are coming, more useful ones.