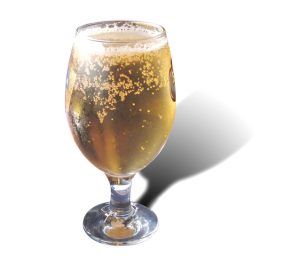 There have long been studies which demonstrate moderate alcohol consumption is good for you, but no longer. The “journal of alcohol and drug studies” performed a systematic meta review, which shows this isn’t the case at all.

A Systematic study is a study of many other peoples studies to correlate the results to get a fuller picture, and a Meta study is where the data from others studies are re-analysed or bias are removed. This means instead of having data on 100 people in one study, they can have results from 100 studies with 100 people each giving them thousands of peoples data across many years.

Previous studies show reduced risk for low volume regular drinkers (1-2 drinks per day), but the study showed many of the abstainers were already of ill health or abstaining due to ill health at the time of the study. This made the regular drinkers appear to have an advantage over the non-drinkers, due to fatalities.

The bias of ill-health were removed from the 4 million subjects and re-analysed, this time is showed that occasional drinkers (1-2 drinks per week) gained an advantage and increased longevity over both non-drinkers, regular drinkers and heavy drinkers.

Its a little shocking that “occasional drinkers” were shown to healthier than non-drinkers and the moderate drinkers we all thought were the better choices.

I would have liked to see if the type of alcohol mattered, since its shown red wine and certain other drinks have some advantages in other studies (at the moment anyway) so does a weekly red wine do more or less than a weekly beer. Saying that, I would want that data analyzed even more to see if wealth were a factor. If the red wine drinkers were healthier, were they generally more affluent.