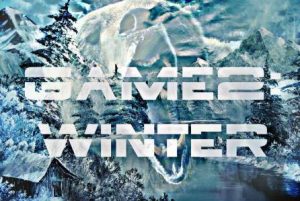 A Russian TV Network has launched or planning to launch a real-life version of the Hunger Games. Contestants or rather Tributes will have to live, umm Survive for nine months in Siberia from 1st July 2017 all the way through to 1st April 2017. Siberia isn’t a fun place in winter, with temperatures which routinely drop as low as -40c (-40f) yeah so low the numbers are equal in both Celsius and Fahrenheit.

The Game Zone will be 900 hectares in size, with 2000 cameras, its not clear if there will be drones or other mobile cameras.

You’ll need to over 18 yrs old, and “Sane”, how on earth they will define sane I don’t know. I’m guessing it will be how one of my mates defines good dating material; 4 legs bad, 2 legs good to go. You’ll get some basic training from some seriously bad motorscooters. Spetznas Operatives, these are the Russian military version of the SAS or Navy Seals only clearly not all there in the head. 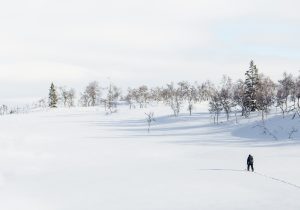 You’ll be allowed up to 100kg of luggage, which includes all the equipment you’re allowed to take. Tent, Knives, Rope, Clothing, everything, must be included in this 100kg.

You’ll be issued with a satellite phone and capacity to charge said phone, there will be a “Get Me Out Of Here” beacon which you can use when you wanna get out of dodge, or rather Novosibirsk,  Siberia.

Oh yeah… You need to sign a release which says you accept anything can happen, including being maimed, beaten, raped or no longer needing oxygen, ending up brown bread, a bit of right said fred, kinda dead or anything else really.

The organiser and entrepreneur Yevgeny Pyatkovsky is quoted as saying “We will refuse any claim of participants even if they were to be killed or raped. We will have nothing to do with this. This will be spelled out in a document to be signed by the participant before the start of the show”.

You are also reminded that you are still subject to the rule of law and can be arrested at any time for crimes. The organisers say “You must understand, that the police will come and take you away. We are on the territory of Russia, and obey the laws of the Russian Federation”.

On the upside, you’re not allowed guns or projectile weapons, but knives and melee weapons like baseball bats, machetes and knives are all good. 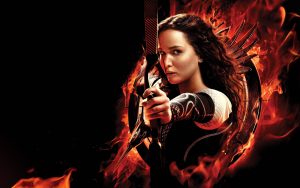 Much like The Hunger Games viewers and sponsors are able to send gifts, resources and tools/food to their favourite participants.

Its not clear if the “Game Makers” will interfere much like in Hunger Games, but given the other similarities I can see there being some surprises and twists.

On the subject of the Hunger Games, before the whole Fappening event I wasn’t much of a fan of J-Law. However the way she handled the whole nudes becoming public thing, opened my mind. If ever there were a role-model way of handling this and her reason for doing it in the first place, this is it.

If you missed the whole thing, it appears iCloud (and others) were hacked on a astronomical scale, 1,000s of people including 100s of celebrities had photos and videos stolen. All if the images appeared to be taken on their mobile phones, and many of the people appeared to have iPhones, 2+2=?.