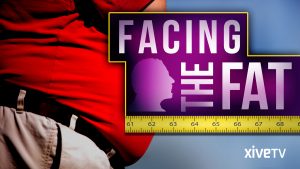 I’m writing this while I watch the program, its about a guy Kenny Saylors who is 5ft 8in, weighing in at 315.2lbs, with 53% body fat at the time the video was made. According to Reinventing Kenny this isn’t the first step in his weight loss journey which while not diminishing the story, it irked me that he almost pretends the previous stuff doesn’t exist to make this movie more hard hitting I guess.

Anyway for Facing The Fat, he has lost 150lb previously, but here he decides to do a water fast and kick start a (new) healthy lifestyle. The program is a little didactic, condescending, almost dumbed down. Remember this isn’t his first rodeo even though many times its implied or suggested its his first, the style reminds me of that twat Louis Theroux. I’m going to overlook the style and concentrate more on the core effects and changes.

There are some funny moments, like when he’s getting his first colonic irrigation a song starts playing with the lyrics “Something unspeakable is going to occur, and its going to be a shock to someone”, made me chuckle. 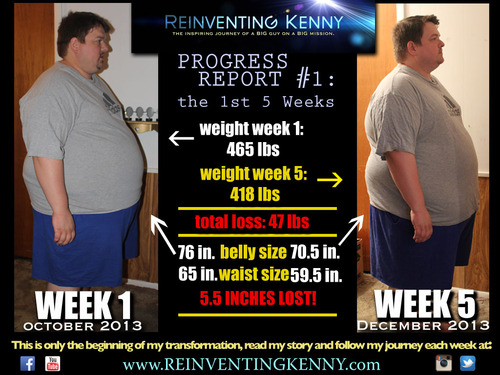 Around 35 days in he found out David Blaine had a world record from the box thing for fasting, then some Russian guy did 50 days fasting so he decided to go got a world record of 55 days. This is on top of the 2 weeks before he did a juice fast. So in 70 days total, he lost about 50lbs, which is 200lbs total including the Reinventing Kenny and Facing the Fat, so hell of a story.

Its interesting that he drank a gallon of water per day, and pissed 366 times in 55 days, thats 6-7 times a day pissing, I don’t think I piss that much now.

I also got a little pissed off with the constant god references, it really irked me some hat. I wouldn’t really waste my time watching this. The best they have by way of credibility is an internist cardiologist body builder and the “doctor” who runs a health spa / healing clinic. They feign safety issues but still seem to imply is safe, even Guiness at the end refuse to accept his world record as they believe people would die trying to beat it.