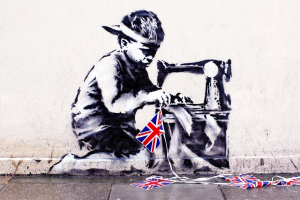 I read a story about increasing the school age to 18, and / or the school hours to 5pm to 5:30pm and various other ideas, it kind of made me think. It sure does sound like a hell of a way to reduce youth employment, and force more parents into working and dramatically drop unemployment rates. A by product would possibly increase spending as more people would need more things, parents would have more money, god that’s really vague.

School kids will need more uniforms and books, Workers more food, clothing, Rush Hour will become rush hours since there wouldn’t be a staggering of School Run and End of Day workers, so more fuel and more car repairs and maintenance. So nice little boost in the economy.

There are many stories about this from the USA, where longer school hours and indeed lots of after school clubs and classes seems to be working very well. This page Time to Learn makes a compelling argument, and makes me think it could well be the way forward.

On a serious note, the Americans Glee Club, Electronics Club, Mathletes, Football Clubs and various other after school (and during school hours) clubs do seem like a damn good idea. The summer, christmas and end of year parties and stuff seem solid as do year books. Maybe if schools were extended some of these ideas could be transposed over here. The sorority house idea failed shockingly but maybe the best bits could work.

With all the Brexit stuff and UK based xenophobia, this article (openly admits) xenophobia and DAMNED!!!  Kinda funny tho, go on and check it out about the UK’s Failed Sorority. On a side not the TV Show Greek made the yankee greek system look amazing .