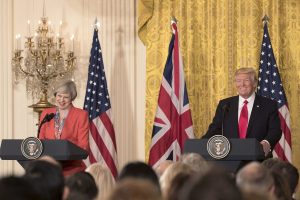 When you say Theresa May you think Toff [email protected], and a recent TV interview pretty much confirms she is a toff [email protected] I try to avoid political posts because well I’m not that interested generally, and my passing interest doesn’t give me much depth or knowledge, way to complicated (I’m trying though). Better to be thought of as a fool rather than open my mouth and remove all doubt. I really don’t know enough to make smart or informed posts about the political state, but I know Tories are [email protected]

My local Tory MP William Wragg, declared that his £74,000 per year MP Pay wasn’t enough for him to buy a house or rent a house so he was forced to move back home with Money, sorry I mean back home with Mummy. The average home price for a semi-detached 4-bed property were £195,000 in the nicer area, and £141,000 in the less nice areas, in the really posh area a semi-detached 3 bed property is £310,000. His MP salary gave him nearly £300,000 of mortgage spending power, so money, damned it, I mean Mummy, could have given him help with a deposit or he could save up for maybe a year or so and have the £310k spending power, so yeah posh [email protected], so hard done by.

I would say the above pretty much confirms when I go voting later today, I sure as hell won’t be voting for Willaim Wragg and his Tory [email protected] mates, that much I can say.

I have tried learning as much as I can about this election, and while it seems Conservative are most prepared to begin brexit negotiations having been in power and done the prep already to begin negotiations in 11 days time. I just can’t vote for them, that much.

In an ITV Interview she had already said she was an only child and enjoyed going to school and learning, reading lots of books and apparently she had friends she used to go visit. Not sure Nanny’s, Butlers and Dogs are classed as friends but whatever, works I guess.

Etchingham: What’s the naughtiest thing you ever did ?

May: Oh, Goodness me. Well, I suppose… gosh. Do you know, I’m not quite sure. I can’t think what the naughtiest thing…

If I was more politically minded I could suggest selling public services to your friends, punishing the diabled and elderly, being a tory in general ?

Etchingham: There must’ve been a moment when…

May: Well, nobody is ever perfectly behaved, are they ? I mean, you know, there are times when… I have to confess, when me and my friend, sort of, use to run through the fields of wheat, the farmers weren’t too pleased about that.

So the naughtiest thing she ever did was run through a field with the butler/dog/maid/nanny whom she called a friend, what a toff. A member of family said she dresses old fashioned and she doesn’t appear to have ever lived any semblance of a normal life, how can be represent the whole UK? How can you related to her, or expect to have any of your best interests at heart ?

Could you imagine asking Donald Trump the same thing ? It would probably be a 10 playboy bunny gang bang with Pablo Escobar or this one time he did a line off Anna Nicole Smiths Bongos after a 3 day blazing bender. Wait wait, once I slapped Chuck Norris with my Schlong and he hit me so hard I turned orange.

I’m not condoning Trump nor a trump supporter, this is here just for giggles and comedic hyperbole, also it was the first free to use picture I could find of Theresa May and it has Trump in it.