I have been to 8 of the 9 Body Powers, and I’ve seen it grow and become all encompassing and now in its 10th year, they are going with a huge event complete with a Las Vegas theme, starting Friday 11th May 2018 running until Sunday 13th May 2018, it should be huge. 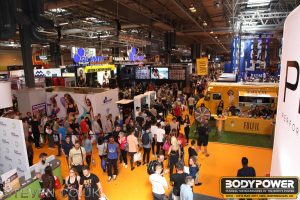 The very first Body Power Event if I remember was only 1 hall, and mostly protein / supplement companies and body builder types with just the odd smattering of other companies like equipment and clothes. I wish I had taken some aerial photos but as mere customer it wasn’t possible sadly. Fast-forward 10 years, yes a whole DECADE!! and now its impressive filling a huge 4 halls, and last year broke over 100,000 visitors over the 3 days of the expo. This year there is a Body Power Trade Expo, The Vegas Party, and what looks like a blast the launch of the Muscle and Fitness HERS Magazine party party complete with Pink Carpet Event. Anyone who knows Nick Orton the organiser will likely rib him a little about the cost of the pink carpet 😉 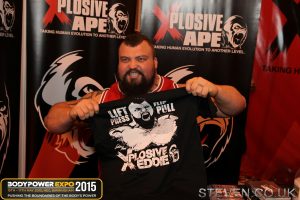 The main event is looking like it will be huge, with big names in the boys corner like Flex Lewis, Kai Greene, Christian Guzman, Ryan Terry, Martyn Ford, William Bonac, Aaron Lambo, Dorian Yates, Kris Gethin, and over in the ladies corner will be Paige Hathaway, Louise Rogers, The West Twins, Gal Yates, Courtney Black, Carly Thornton, Char Borley and I hope to see the lovely Kate Errington sporting her pro card too.

Over in the “Something Else” corner we have the amazing Bionic Body, a double amputee who proves you can success if you want it badly enough, and along with Terry Hollands, and Bill Kazmeier we have The mo’fo’in MOUNTAIN! Yes Hapthor Julius Bjornsson, Game of Thrones The Mountain will be in the house, along with Zydrunas Savisckas. All we are missing is Eddie Hall (who is in York on the Friday doing his Tour) but could make an appearance Saturday or Sunday, and Brian Shaw who was sorely missed last year.

Sadly this will be the first year, the late Rich Piana won’t be around but the 5% Percent stand should still be there to offer drive and advice to the 5%ers, and worth a visit if only to see the monster that is Martyn Ford. 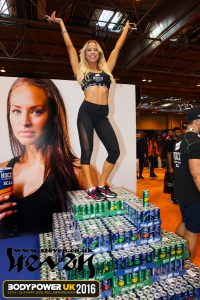 This year it also has a large Trade Village with B2B Sections (Business to Business) located in Hall 6 to stock up for your business needs, which is free to register and attend (doesn’t include the main show). If your a website owner, affiliate marketer, or in anyway selling products via a Gym, Shop or Concession, or even if you want to get into the sector, you really should make your way down there.

You can get samples of the products so you can provide some SOLID reviews, I never review or endorse any product I haven’t personally tried, and events like this provide the opportunity to try out and discover new products. You may also be able to source boxes of samples to send out to customers as well.

A few years ago, The Curse gave me a box of 250 samples, which I sent out 200 customers (I gave 50 out in my gym) and out of those 200 customers, I gained almost 35% orders for that product. I targeted customers who IMO bought a weaker pre-workout and would really notice The Curse kick. I was able to do this as I had sampled many pre-workouts at shows like this.

Muscle and Fitness Hers Launch

The M&F HERS Launch Party looks like it will be a killer event, hosted by Paige Hathaway who is absolutely lovely, and takes time with her fans, along with the Late Rich Piana, Michelle Lewin, Steve Cook and Kai Greene I’ve not seen many people take so much time with their fans but Paige took time answering questions, offering advice and encouragement to so many. 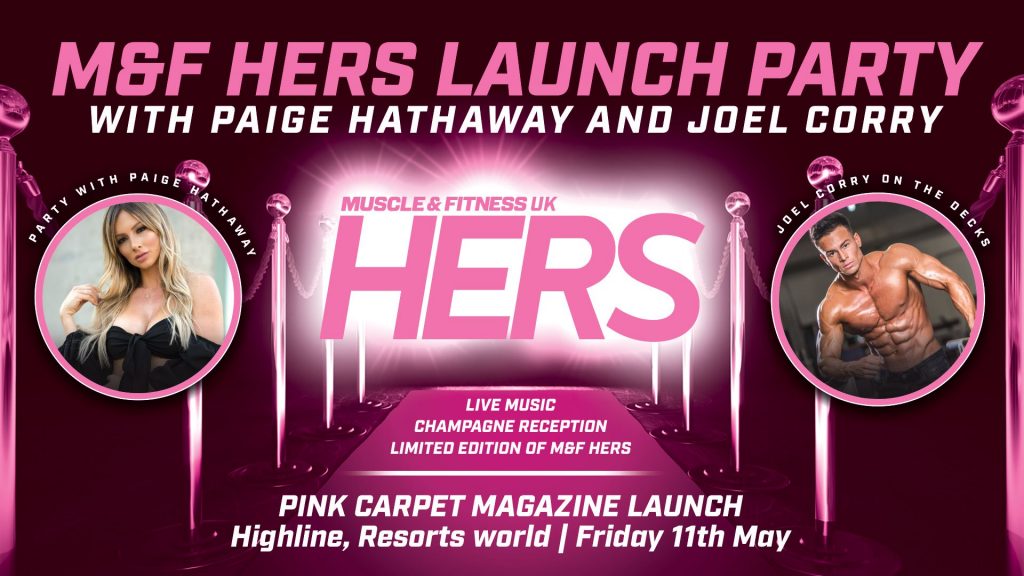 Muscle and Fitness HERS Launch Party

Muscle and Fitness Magazine is launching a womens only version of the magazine, which is probably long overdue, male based magazines just don’t cut it. Men want big arms, big chests and muscular legs but women a toned waist, a perky bum and firm thighs so the more magazines aimed at women the better.

Personally I’d like to see a magazine aimed a more Average Joe, or newbies-intermediate to the gym, which really digs down to the basics, maybe I should pitch the idea at the Pink Party 🙂

The Body Power Vegas Party looks like it will be a stonker too, to celebrate the 10th Anniversary, BP are going big, indoor fun fair, an interactive pool, casino games and more. I’m not quite sure what to expect but it sure as hell looks fun and I’ll be there. 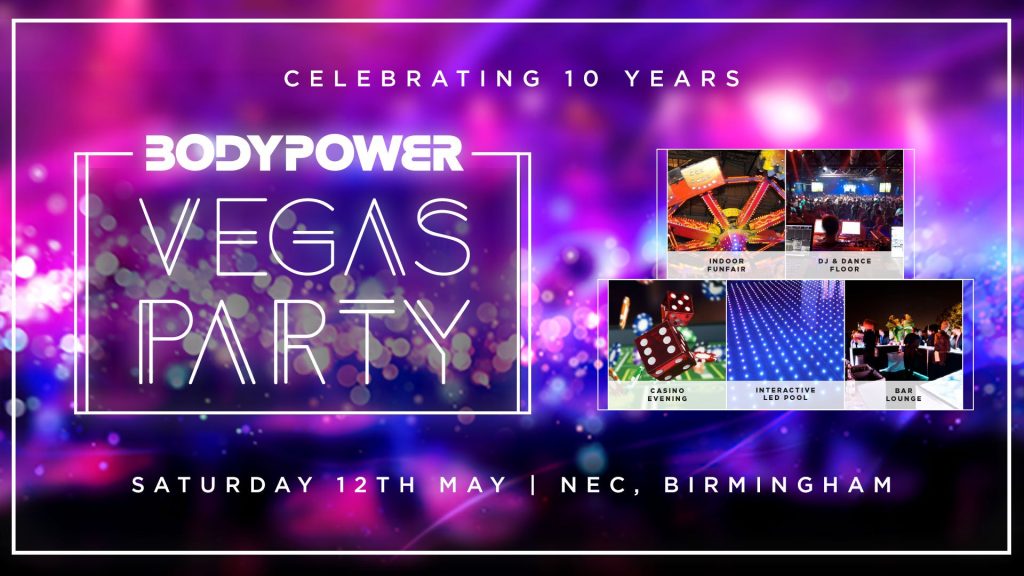 I figured I’d post a little flashback set of images from the previous few Body Powers where I have been taking photos. I really need to dig up 2012 and 2013 images. When I come across them I’ll post them as a flashback.

As you can see its going to be a hell of an event, you can find more information out on the Body Power Website.