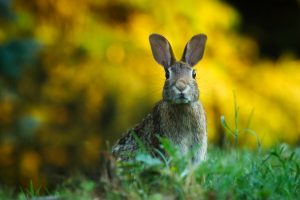 You know those totally futile conversations you have, usually after a few too many beers. Always totally nonsensical, pointless and absolute dribble, often right after watching the Happy Tree People or Sealabs. Well today in the gym, we were talking about Milk, the fact we’re the only animal which consumes the milk from another species. Which lead the conversation to why cow, goat and sheep milk, why not dog, cat, hamster or even rat milk ?

The answer appears to be ease of obtaining the milk, there are many creatures whose milk is significantly better than Cow, Sheep and Goat, but they are harder to milk, harder to maintain or too costly.

A friend of mine Kev were talking about keeping dairy animals, he tells me Cows are high maintenance, and prone to teat and milk duct problems, and needs lots to eat and vet care. Sheep giving wool are useful, and produce a sour milk and not large amounts. A goat on the other hand is very easy to look after, will literally eat anything and everything so goats are the best middle ground, but thats still the same 3 animals. 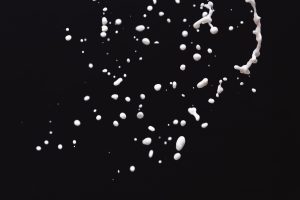 There are various animals with vastly better milk, but produce smaller amounts and require more effort. For example Pigs milk, its very similar to cows milk in taste only more nutritious. Its so much better for example that there’s a farm in the Netherlands which sells Pig Milk Cheese for about £1,400 per KG. Compare this to the 40 yr Cow Chedder which sold for about £300 per KG.

However the simple act of milking a sow is much more labour intensive, difficult not to mention volume produced is massively lower. A cow can squirt milk for several minutes at a time, a sow is only several seconds, a cow has 4 large nipples a sow has a dozen smaller teats complicating it further. Its hard to milk a pig, and produces a small amount per pig hence the price.

Anyway, I thought I’d see which is the best milk out there just for giggles. It turns out its the milk from a Cottontail Rabbit at 15% Protein, 8% Fat, and highly nutritious to boot is the best. Compared to Cow milk at 3.2% Fat and 3.3% Protein, you can see how much more the rabbit milk has. As to how Rabbit Milk tastes, that I can’t help you with, but I thought it was interesting.

Just an interesting fact, the hooded seal and other extremely cold weather mammals produce milk with up to 60% Fat, where are Hippos for example are only not even 0.2% fat.