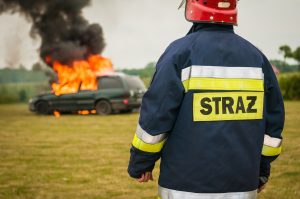 I have been looking in to this since one of my friends reported a no-fault accident. In their case, they have a double dash cam set up, they had a cam attached to the rear of the car, they drilled this near the reg plate and it doubles as a reverse camera to their tablet. They also have a camera facing forward, which has GPS, Lane Detection and some other gadgets, I don’t know.

They were hit, and it were all recorded. The other person admitted it were their fault, which was also caught on the cameres complete with audio.

This would seem like an open and shut claim, accident happened, video showing admission, other driver admitted fault to insurance, and it should not impact his insurance at all. This isn’t the case come renewal time, he didn’t know why, I didn’t know why, and we just assumed the insurance companies actively seek out any way they can to help themselves to your hard earned cash.

Because accident data is shared between insurance companies, you can’t simply decide you’re unhappy with Insurance A, and get a better quote from Insurance B, because both of them have penalised you and factored it into your quote. Of course shopping around will save you some pennies since most insurances hide their mystical formulas of risk which gives you some variance, so always a deal to be had, if you shop smart.

I had forgotten about this until I saw an article in The Telegraph about the same sort of incident, so I sent it to my mate who told me, his premium dropped the following year by about £200 but were still about £200 more than before the accident.

The article in The Telegraph has some interesting quotes from Sheila’s Wheels “While a claim on the other persons insurance is outstanding, liability can still be contested.”, they continue to say “In these circumstances, and when a policy renews when there is an open claim, the premium would be temporarily increased while we wait fro the case to close.

Once its settled, the premium would be recalculated and any additional premium paid would be returned.” This means that if you’re renewal comes up before the other insurance companies pays out, even with iron-clad evidence, and an admission of guilt you’re still penalised. The fact that data is shared between insurance companies means, you’ll be penalised everywhere else too.

My friend went on to tell me, he were never refunded anything, but says he’s going to contact his insurance and ask what the hell. I’m putting my money on his insurance company suggesting he like a long run off a short pier or something along those lines.