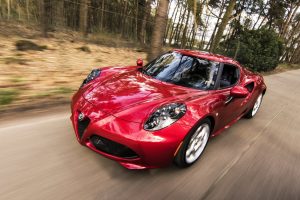 As a new driver one of the things which bothers me is getting points and losing my license. In the first 2 yrs after a driver passes their test, you are permitted 6 points. This means you basically get 1 strike for many offences before you lose your licence. Unless its using a mobile phone, accidents, drugs, drink, massively over speed limit, all of which are 6 points or more which are instant losses for a new drivers.

There is a list on Driving Ban, about what offences get you what points and fines. The discretionary powers of police officers surprised me, even if the police vehicle camera gets you, the officer can overrule it given sufficient reason.

In the South East of England alone there are around 10,000 motorists who have more than 12 points on their license, the vast majority have 12-18, but there are a handful who have 30+. This potential means there maybe as many as 70,000 in the whole of the UK, which is a scary statistic. I can’t find FOI requests for the whole UK, and can only find reference to the South East.

More recently on a Friday night when a couple of drunks were messing around and dipping into the road. I spent a little too long watching them to ensure they didn’t come in front of my car or anyone else’s car for that matter. I was also keeping my eye on the road in case I needed to swerve around them, checking for other vehicles, and I wasn’t checking speedo as often as normal. At the time of writing this, I don’t actually know if I got a penalty for that, but it will suck if I do. 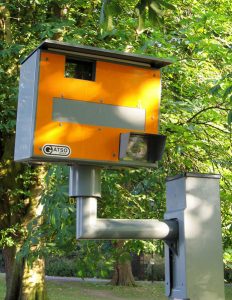 Its a rubbish situation to be, do I check the speedo more often, while scanning road conditions, my rear, and increase the risk hitting an drunken erratic behaving pedestrian or prioritise I guess situational awareness. In hindsight, as soon as I saw them messing about in the road, I should have slowed way way down and increased my stopping capability. I guess once I’m a more experienced driver I will make better decisions like this. In future this will be my course of action, slow slow slow. Its hard not to “rubber neck” I guess.

This were one situation where C.O.A.S.T. didn’t help me, I was Concentrating on what was happening, Observing other cars, and what the drunks were doing, Awareness of where the cars were and where I could drive to avoid them, making sure I could allow Space for them fooling around and Time to react. What I didn’t do was check my speed often enough, I’m going to modify it to C.O.A.S.T.S. with the final S for Speed. I only noticed I *could* have been speeding because I had hit cruise control button at some point. When I had passed the hazard I checked my speed and it were set 4mph over the limit.

At the time I was just like Oh My God, how drunk/high do you need to be to pushing each other into the road for a game while there are cars coming. If they walk just a few hundred meters up the same road they are on a 40 mph zone with energy saving in effect so no street lights, its pitch black. There are also road works so the road narrows too. I was debating phoning the police to make them aware, I haven’t heard of any accidents so hopefully they were ok. I keep debating now if I should phone and ask to settle my own mind.

Many Many Risks and Trickery 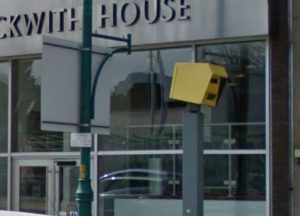 Following on from the above its easy to accidentally accrue points, I have to drive through 3 traffic light cameras, 4 speed cameras, a few times per day. Which is 30 potential opportunities to get points every day just on my commute. The worse ones are traffic light cameras, when they are green all the way on approach on I have a little debate about speeding up, or slowing down to let them go red. Many times I have been going 30 mph, about 2-3 car lengths and they have turned Amber, if I have a car tailgating me, stopping is asking for a rear end, so I’ve had to carry on. A few times I’ve chosen to emergency stop, and once the lights actually turned red just as I passed them.

Out of nearly 200x I have had to go through traffic light cameras and/or speed cameras on my daily commute in the few month I’ve been driving, I have had 2 close calls, 1 of them very close. Once were when I had a car very close behind and the lights changed red. In hindsight I should really have stopped since it would have been their fault. I now try to slow down on approach in these circumstances so I can safely stop. 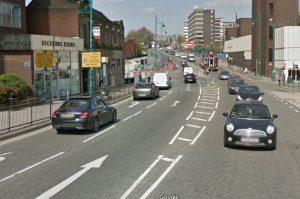 Another situation is concealed cameras, the (right) image shows the speed camera concealed by a yellow sign at the bottom of a long steep hill. You don’t see the camera (Dubbed Stockport’s Scammera) until you are where the black car is, which has its brake lights on. The only way to see it from a safe breaking distance is where this Google image is taken from.

The image (above right), shows this camera is a new style digital speed camera, which means it never runs out of film, and is what they call “plant and forget”, operating 24/7. I assume plant is in relation to its eternal producing of fruit (money). This camera is between 2 steep inclines, directly at the bottom one, before, you go up another steep hill. Its ideally placed to get people who (1), allowed gravity to pick up speed, or (2), gained speed to make the lights, or (3), gaining speed for the upcoming hill. The fact its concealed is just a bonus for the police camera partnership.

There are various reports of this camera catching people for cutting the red light, and for speeding, many many many caught because they speeded up to make the lights before it changed red, and they assumed it were a traffic light camera. Its due to this camera, that I read about the fact traffic light cameras can be used to issue speeding tickets.

In saying all the above potential traps, trickery and such hazards there is a driver in West Yorkshire which the BBC reported to have 62 Penalty Points on his license, the last 6 points given for Speeding just a few months ago (according to reports). Further more a driver in Oxfordshire has 51 Points, another in Essex has 42 Points, and one in Norfolk has 39 Points.

Where exactly does the “exceptional circumstance” come in here, how many times can you accidentally get points even  with the above examples. There must be a point where where Mr 62 Points has simply decided the rules don’t apply to him, he can speed, cut red lights, do as he bloody well pleases because the courts won’t take his license away. You only gets 6 points if you are significantly over the speed limit, not just a few miles over which can be an accident. I would really like to know exactly what he got and what his excuses are.

There are circumstances where you could accrue a few points, but surely there can’t be an excuse for getting 15-21 points per year, can there ? I estimate in my (at least) 2,000 Opportunities to accrue points, I have come really close once, which were extraordinary circumstances, and not normal at all. I also think a more experienced driver wouldn’t have made my mistake so where is the limit ?. 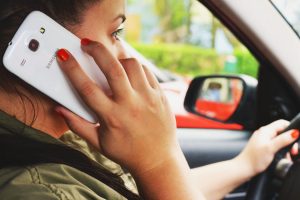 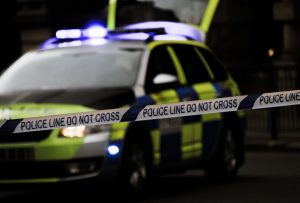