I was just reading an article about Ridley Scott saying “I think the beast (Alien) has almost run out, personally”, its not exactly clear if he means the current Alien Arc is tired (storyline), and they need to jump forward, of if he’s suggesting there is no where else for Alien and its over for another decade or two until its rebooted. 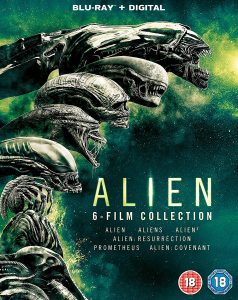 He could also mean that he’s out of idea’s and doesn’t know what to do next. I would hate to think this is what he meant, since many of his movies are easily deep enough to become trilogies. I could think of 100 different ways to take Alien from Alien: Covenant Arc. I do like the idea that the David droid and not the creators are responsible for the modern day Alien Xenomorph, and I’m somewhat pissed off that the creators was never explained nor explored beyond them being killed wholesale.

He did say he’s been doing lots of TV and Movies, with 6 movies coming out this year alone, as a result despite him previously saying his Alien Arc would be a Quadrology all these other projects and the slightly negative connotations by “almost run out”, and Warner not confirming any future films, it could actually be the end.

If this happens, I think I’ll skip the next reboot, since this story has been left wide open at the end, and I hate films which do that. The Golden Compass is the biggest culprit which always comes to mind.

The Alien 1 to 6 Box Set is high on my Christmas List.