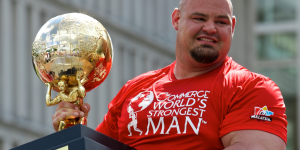 I have just finished watching Worlds Strongest Man – The Final, I read dozens of reviews and watched various bits of phone video from the actual event a few months back closer to the time it actually happened.

Nothing compares to watching how close it were, like in the 825lb frame carry, it were a tiny mistake between Szymanski finishing before Bjornsson, or seeing how close Bjornsson came to caving his own head in trying to catch the 24kg kettlebell in from 4m drop.

I delayed this post a few days, but If you haven’t watched it all yet, Channel 5 has lots of Strongman stuff on demands go there before scrolling down as lots of SPOILERS here, also check out my other posts, Mark Felix Cross Fitter and Worlds Strongest Man back in August, or Eddie Halls Documentary on Netflix or my Christmas Post on Arthur Saxon who is the daddy of strongman.

Eddie Hall didn’t fair well here, I assumed the earlier injury would set the tone but wasn’t the case. He revealed later on in the show that during the frame carry one of his dislocated fingers popped out again. It didn’t seem to have a heap of impact through the event other than obvious swelling.

Laurence Shahlaei overcame so many injuries to come back only to be taken out after a reasonable placement in the first event. This were the only Injury in the final, but about the 3-4 in the heats and final combined.

Brian Shaw looked as though he simply lost track of time, and may have had 1 more in the tank, Eddie were maxed out I think. Martins I believe should have hit 7 but he like Shaw were just out of time.

Much like the Axel later this event has been made all the harder. The Circus Barbell were a non-rotating barbell. If you have ever used a fixed bar, its so much harder once they start rotating, your wrists just aren’t powerful enough to fight the rotational force. 9/10 for me, its usually 1 side which gives way and recovery is near enough impossible for us normal-ish sized humans.

This were a fixed Axel style barbell, so much thicker and stronger than a regulation or gym barbell. There were a few of these minor changes which added a new dimension to some of the events. In the Axel Deadlift Brian Show has held the world record since 2013, that is until Eddie Hall destroyed it, only for Brian Shaw to match him immediately after.

The main difference between this type of bar and the normal bars is the thickness and rigidity. The former means your grip and poor Eddies fingers would be pushed to the limit. The Rigidity means there is much less flex in it, which doesn’t sound like a big deal. The result is, you’re taking the full load much lower/earlier in the lift at the hardest part.

It didn’t help that they added a platform to bring the bar to a more standard lifting height. This wouldn’t have helped Brian or Hafthor at all, and even Eddie at 6ft+ wouldn’t have been fun. After JF Caron matched the 2013 Record, the remaining men decided enough at 445kg, their hamstrings were suffering and to avoid injury and save some juice for the last few events they agreed to share the points.

Over the years Worlds Strongest Man has pulled locomotive trains, boats, ships, cars, trucks, juggernauts and various planes. This time it were a C130 Hercules Jet cracking the scales at a mammoth 40 Metric Tonnes.

During the heats, the Truck Pull event were a “mere” 18 Metric tonnes, this bad boy which is used normally to transport Rhinoceros and big game animals and possibly Zyndrunas Savickas 😉 were a beast. When you consider a 18 Tonne Truck would need about 350kg of force to get it moving, you can imagine the forces needed for a 40 tonne plane.

Brian Shaw near enough passed out in his harness and needed to be lowered to the ground. None of them made it the full 25m, I this this maybe the first time none of the competitors have actually finished a pull. this would be most galling for Bjornsson who were so very very close, but once that monster rolls to a stop, no one has the energy to get it moving a second time.

I had seen a little of this in camera phone footage, and read some reports and it were a tense moment when the 24-26kg kettlebell nearly fell on Hafthors head as he tried to catch it. Seeing it in full high definition is a “woah” woman, what on earth was the mountain thinking, ain’t most measter put out your caved in head back together here.

Such a shame that he missed that throw and knocked his stride, I believe he could have scored the full 10 pts and possibly put Shaw off his game with the manic behaviour and display of power to take the top spot.

Much like the heats, the final event were The Stones. All 9 men showed good strength, but a few were let down by technique. I think Szymanski and Janashia will improve with time, and Kielszkowski may have to sacrifice some of that speed for a little more power. Licis did really well here, in Strongman terms he were weeks behind Eddie, but with honing his technique I see sub-30 seconds in his future. I can also see Atlas Stones in the fields of his farm where there used to be bales of hay.

It were a bit annoying as they didn’t show the times Bjornsson and Shaw achieved so I timed them myself 3 or 4 times and I went with the highest time. They were buckets ahead of the nearest competitor.

Seeing these final scores, the Kettlebell Toss could have been the game changer to knock Shaw down and give Bjornsson his first win. I get the feeling The Mountain will be less Viking and more Berzerker Warrior over this, and be playing it over and over in his head.

Had it gone Hafthors way, I think the most likely outcome would have been a draw, had Eddie pushed a 450-455 on the deadlift, and Hafthor not fowled up the kettlebells, this would have been a very different ending.

Next year, if Janashia, Licis and trhe Polish Duo of Kielszkowski and Szymanski work on their technique and keep developing, 2017 will be an interesting year and the old guard of Shaw, Bjornsson, Zydrunas (assuming he returns) and Hall maybe in for a dust up.