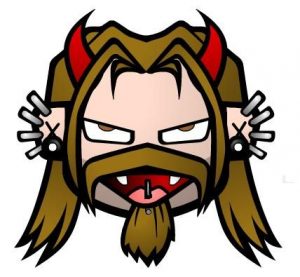 From a very young age Steven had a very inquisitive nature and showed a high aptitude towards technology with a desire to figure out ‘how things worked’. This didn’t always run smoothly, and lead to many things being irreparably destroyed or “pulled apart to see how it worked” as Steven would put it.

This continued into his high school career, when in 1992 he was one of 20 students to be invited to join the schools very first information systems class along with 19 other students. First introduced to Novel networking in 1993, and the bbc basic programming language shortly after.

The course was set and Steven was hooked.

Steven has many hobbies and interests from Pharmacology to Media (Music and Movies) however it’s Photography where his passion lies. Starting out with Nightclub Events, which lead him to photojournalism with the local newspapers and model portfolio shoots and various sidelines. However it is the strange and unusual which intrigues Steven. Photography allows him to visually explore and create the bizarre.

Steven is a self-made entrepreneur with foundations in Information Technology and a passion for Photography, the path was inevitably set leading him neatly to Website Design and Development, with domain names playing a large part.